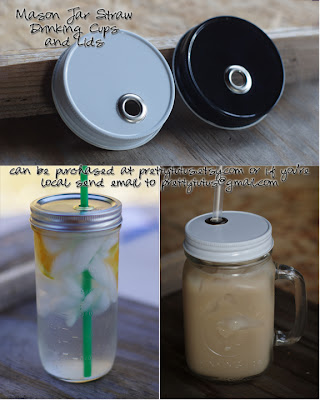 It's been a while since I've posted and I must say that I am much better about keeping my Etsy shop up to date than my blog and Facebook page.  Life has been extremely busy keeping up with Scarlet and Madrone (2 and 4) (check out my friend's jewelry shop named after them- Scarlet & Madrone), the chickens and goats, my side jobs of making mason jar cups, tutus and photography, teaching Transitional Kindergarten and of course trying to stay on top of housework!  The last one I tend to just keep the laundry and dishes done and everything else I get to when I can squeeze in time because as most of you know, it will ALWAYS need to be done so it can wait.  ;o)  Currently, my 3' x 6' island is covered in gift baskets filled with a 24 ounce mason jar cup, several recipes I canned this year (peach butter, roasted pepper dipping sauce, all fruit plum jam, grape jelly), venison jerky as well as jam filled shortbread cookies.  I love homemade items for presents so I am hoping that others do as well.  Also on my island are the last of my Christmas cards that need to get sent out, movies, mail and a whole bunch of other miscellaneous other items.  Unfortunately it is a catch all for everything and it is also a huge pet peeve of mine to have clutter on it!  Kind of a vicious cycle!! 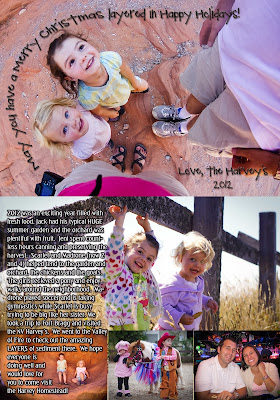 Anyway, we are loving the country life we live and are continuing to add more work to our load.  My husband is currently building a greenhouse so he can easily grown produce year round and I want to start growing fodder for my animals.  It is seed that you sprout and then grow for 8 days and feed it to all the animals.  It reminds me of wheatgrass.  It does not grown in soil and the animals eat the green and rootmass.  It is super nutritious and way less expensive than corn based bagged feed and alfalfa.  I just recently started researching Dexter Cattle.  They are under 1000 pounds and are a dual purpose breed: good milk production as well as a good meat breed.  Currently we drink raw goat milk and I make cheese, but I would LOVE to have fresh butter and cow milk cheese.  My friend who makes the most amazing sourdough (I get a loaf every week in exchange for eggs) wants to go in on the cow with us so that'd be great!  Well I hope I didn't bore everyone too much.  If you are interested in homesteading or any of my products or photography, send me an email or message.  I would love to chat!  Thanks for stopping by my blog.  I have got to get back to work.  It's going to be a LONG day!  Thankfully the sun is out so the girls can go outside and play!  Doesn't get much better than winters in CA.  :o)
Posted by Unknown at 11:36 AM 5 comments 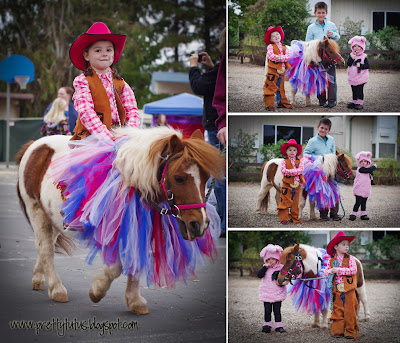 When Madrone was born, she was given a BEAUTIFUL vest and chaps set from a friend.  This year she was finally big enough to wear them.  I pieced together the rest of her costume, red hat from a thrift store from Lala, red plaid shirt from an online Carhart store, red Ariat boots from an online store, belt buckle from Amazon and jeans were hand-me down Levi's.  I figured to top off her costume our Miniature Horse Gambler had to included in the equation.  We had our annual Fall Festival at the school I work at and I asked my principal if Gambler could attend as well.  I explained that he is more like a dog than a pony and is as broke as a horse can be.  She said that would be fine so I loaded him up in my minivan and he was the hit of the festival.  My crafting buddy Sierra of Legal Needle and I had a booth there where I was selling my tutus and mason jar cups and she was selling her knit and crochet goods.  So when Gambler wasn't walking in the costume parade, he hung out next to our booth getting lots of love from students and families.  My other daughter Scarlet is a piggy, if you couldn't tell.  :o)

Since Blogger was not cooperating and some people were having a hard time leaving comments on the post, I counted ALL comments that were left on the Facebook post as well as the Blogger post.  There were 7 total entries!  I think I had 5 for the last giveaway I did so that is GREAT!!  The entries are numbered in order they were posted. 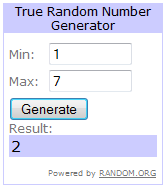 
Your TuTu's are so cute and so are your girls - Oh and can you post a pic of the hen tutu again please :)

Congratulations Carol-Ann, you have 48 hours to contact me with your order.   If I don't hear from you, a new Random winner will be chosen. 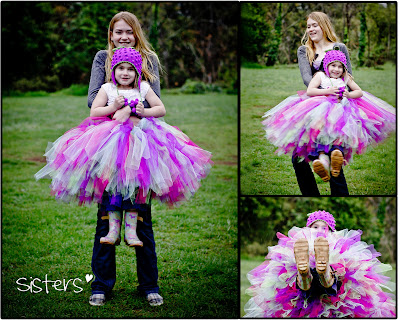 Last year I not only started making tutus but also got in to chickens.  I got 10 different breeds of chickens including the very dark brown egg laying Marans breed.  I contacted someone on the website BackyardChickens.com and she gave me the name of a breeder who lived pretty close by to me.  I bought two hens from her and sent her a link to my website when I posted the picture of one of my hens wearing a tutu.  She loved my tutus.  When I contacted her this year about getting some more chicks from her she asked if I would be willing to trade tutus for chicks.  I said, "ABSOLUTELY!"  Bartering is the best!  So today her daughters got their tutus and I got my chicks.  Here are the adorable sisters wearing Extra Full Whimsical K's Tutus.  Look closely at the pictures and you will see the rain drops.  Of course it started raining right as we started to take photos!!

Enter to win a custom tutu, shipping included if you are unable to pick it up!


Come back and comment that you have completed any of the above items. Each one needs it's OWN comment. You may do each of the above for a total of seven comments = seven entries (unless you post on multiple forums). Be sure to enter comment using the "Name/URL" option if you are not a registered user. URL is not necessary, but name is so I know who you are if you win!!


Giveaway ends on Monday, April 30, 2012 at 11:59 PM PST (MIDNIGHT). Comments are numbered in the order they were posted. The winner will be chosen via Random Number Generator and posted on blog by 12:00 PM Tuesday, May 1, 2012. Winner will then have 48 hours to contact me or a new winner will be chosen.
Posted by Unknown at 1:45 PM 3 comments 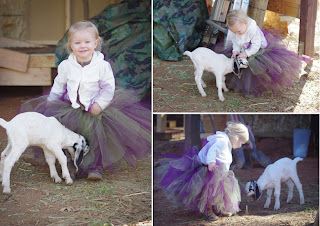 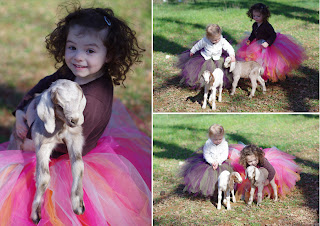 I had a customer, Mary Beth, contact me about wanting to order five tutus.  She is having her first child and is going to use them to hang in her nursery and then her daughter Violet will wear them as she gets bigger.  I was honored and excited to make these tutus.  She chose five Extra Full Whimsical Tutus all of which were color schemes I had never made before.  They ended up amazing and the Mimi tutu is my new favorite color scheme!  I asked Mary Beth if I could take some pictures of Scarlet and Madrone wearing two of the tutus before I shipped them to her and she said sure.  Scarlet (blond hair) is wearing the Extra Full Whimsical Ella Tutu and Madrone (brown hair) is wearing the Extra Full Whimsical Mimi Tutu.  Of course I had to take pictures of the girls with our baby goats.  These are triplets from my goat Tilly.  My milking goat Clara had one little spotted buckling and I should probably get some pics of him wearing a tutu before he gets too big.  ;o)


Ok, back to the tutus.  I also asked Mary Beth why she had chosen my shop to buy tutus from when there are THOUSANDS of people who make tutus.  She gave me these reasons:

"1) Quality. Some of the tutus on other shops looked thin. I love the extra full and the whimsical style that you do. Your tutus looked like they were made well and were pretty. Also, some of the tutus had flowers or ribbons on them. That isn't what I was looking for. 2) Choice. I liked that you would custom make the tutus with any color. And that you offered a large variety of colors and styles. 3) Picture quality makes a difference. I like the format of showing the tutus as they are being worn so you can get idea of how they fit and the size, and also showing them laid out. Some shops did not have clear pictures- glare, etc. 4) Price. I felt like the price was right. The thin tutus that I saw on other shops were less expensive, but they were not as pretty. Some of the shops were charging a lot more, but I didn't feel like I would have gotten a better tutu. I hope this helps! Mary Beth"

I was honored to have gotten such an amazing and in depth reason for choosing my shop.  She received her tutus and was extremely pleased with the product.  That makes me VERY happy.  Customer service is just as important to me as a quality product.  She was so cute; she asked where else she could post comments about the tutus and my shop to help.  :o)  Thanks Mary Beth for ordering tutus from Pretty Tutus for You and CONGRATULATIONS on Baby Violoet!!

Pictures to come of all five tutus hanging in her nursery. 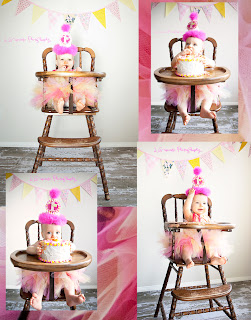